Next up on the review list, my new freestyle board the 2013 Tabou 100L Twister.  Now let me first off by saying, “I suck at Freestyle” Period.  Prob cause I am a FWB (Fat White Boy), Hehe.    I am not really sure why?  I can destroy a wave better then anyone.  I ve beaten some of the top pros in the world on the race course.  But damm! I cant freestyle worth shit. (prob cause I sail in waves all the time and not flat water) It doesn’t stop me from trying thou.

Now if I sail in waves all the time why don’t I use a Freestyle Wave board? A Freestyle board is 1000 times better then any Freestyle Wave board on the planet.  Sorry for that jab, but I have to vent about Freestyle Wave boards. Cause I hate them with a passion. I have hated them since the day they were invented. I have never tried one I like. They don’t do anything great.  They just do everything average.  What fun is that?  Freeride, freestyle and wave boards are all better options, for what ever the set of conditions you ride in. at least in my opinion anyway. But that’s not worth much, cause I am also not a big fan of Ezzy sails performance! And their like the #1 selling sail in the world, But that topic is for another day.

Now let’s get to the board!  My old board was a 2008 naish 115L freestyle. I Loved it. It was fast, turned amazing, light, jumped great, rode waves, was super fun. And until now I have never found a freestyle board that I thought was a big jump in performance, or increase in the fun factor.  I have tried a lot of different freestyle boards trying to replace the naish. The list includes fanatic, JP, Starby,RRD.  All were super awesome boards and you couldn’t go wrong with any of them. But when I tried the Tabou Twister 100 it stood out from the crowd.  What stood out the most is this board has “Mad pop” its like they put a pogo stick under the back foot strap! Just sheet in push off with your back foot and bam next thing ya know you are 3 foot in the air! It’s sick. It makes for trying tricks so easy, even for my sucky freestyle butt. The other thing that stood out from the rest is the contour of the top of the board is slightly domed and the foot padz are just perfect. which feels great especially for riding switch stance, which is something I have been getting into. You can ride switch all day long with ease.  And the final thing that stood out on the twister is it’s Loose. I mean super loose. Makes spinning tricks easy. But ya have to be really light on your feet when sailing on a reach or playing in the waves, Or you will be spinning out lots, which can be a bad thing when your not ready for it. I changed out the stock fin with an 18cm MFC freestyle fin and that made it a lot better in small waves to do some carving.  If ya just sail in flat water the stock fin is perfect, but ya still have to remain light on your feet.  This board of course has all the other great freestyle board traits, super light, planes up super fast, Hero jybes all day long And fun,fun,fun!  As with all new boards these days they are super efficient the 100L twister floats and planes me up just as fast as my 115L naish. When slogging on this board thou, it’s a little bit tricky and kind of a pain, it wants to round up into the wind all the time due to the lack of nose volume. That’s about the only negative I can find with this board.  Now I only use this board in mostly light to medium winds. I pair it up with a Gaastra Pure 5.7 and 4.8. which are super powerful sails. And work great on it and were also made for it.  Well that about sums it up.  Diffently give a freestyle board a try, don’t let the name fool ya they are really fun boards for all. They are Not just for pros. I have been riding Freestyle boards since 1998. on my go to sails 6.5-5.3 and have converted many freeride sailors into doing the same. Just give it a try. If ya don’t like it, go with a freeride board!  Hit The Lip! 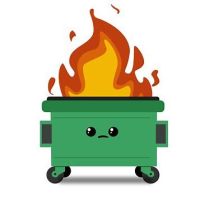