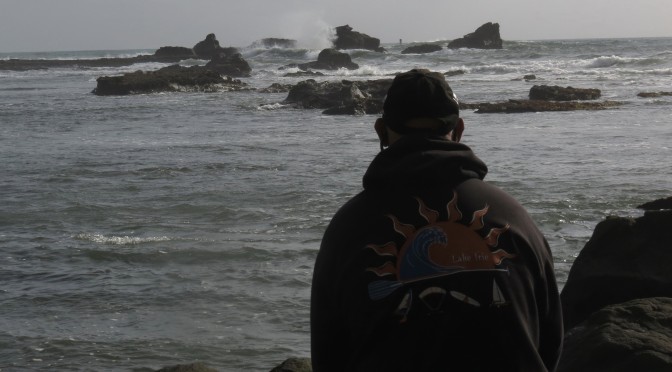 Our last couple of days in Nor. Cal. took us down the coast, south of San Francisco 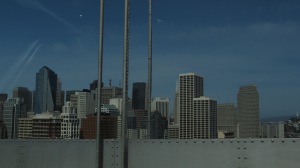 As we wound our way down the coast we were truly amazed at the changing scenery. Beaches, forest lined highways climbing mountains to rocky prehistoric coastline. 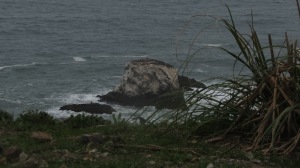 A heavy marine fog settled in over the coast make for a cold day and somewhat bland photos.

One amazing stop we encountered was the Devils Slide, an overlook and paved trail up the coastal mountain with unreal views of the ocean 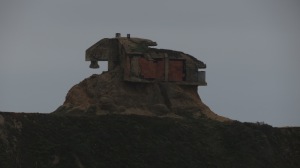 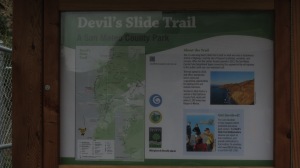 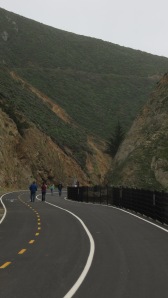 Moving along to our final destination, Half Moon Bay. 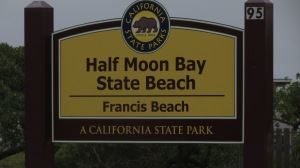 We checked out a couple  surf shops, and

spread the word about the reef warriors.

Then it was on to Mavericks. A short drive and walk to Pillar Point

to see this legendary big wave spot. Now we did not see this monster wave, although we caught a glimpse of what it can be. Our pics can’t capture what we saw so I will try to explain. Past the boneyard, you could see a swell that would start to rise up and almost form. It was a good way out, there was a pulse to it, a rhythm that you could sense. Maybe if we were on the top of the bluff, or had a better camera we could have captured it. But trust me it was out there.

Here are some pic’s of the boneyard. The rocks were at least 30ft tall and the waves crashing around them were huge.

After a wonderful dinner at The Half Moon Brewing Co. we took in the sunset. A fitting way to end a great trip.

A quick summary, The whole trip was wonderful, the north California area is a photographers nirvana. Gail must have taken 1500 pic’s. (Thank goodness for digital photos). The food everywhere was outstanding as was the service. Napa valley is a wine lovers dream come true.

The whole water culture was a little different than we see on the east coast but the small surf areas and especially the Half Moon Bay area had a feel to them, much like Hatteras. We saw lots of sups on vehicles, as well as surf boards. If the day was not so cold when we were at Half Moon bay we would have rented some sups to paddle around the bay.

If you ever get the chance to visit this area you will not be disappointed.

Happy Easter to all.

Here is an Easter Seal for you.

2 thoughts on “Finding Mavericks; On the West Coast part 3” 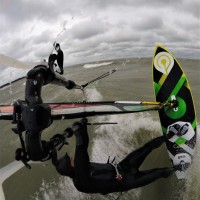